Security can be the biggest strength and also the weakness for any CMS. Looking at the number of changes being made by the Drupal Developers on the security aspect, it’s very important that you know how much security does your website has and how much does it require. We thought instead of assuming things, why not take an opinion from the developers directly and understand what they have to say about the safety of the Drupal Development. Recently, our team was working with a client who was very serious about the website security as he had an important data and he didn’t want to risk it for a casual security. That is when we thought it is important to let you all know even if Drupal is an open source CMS, the updates that are being done in it have resulted to a more powerful and secured CMS. This is one of the reasons why even White house had switched to Drupal. 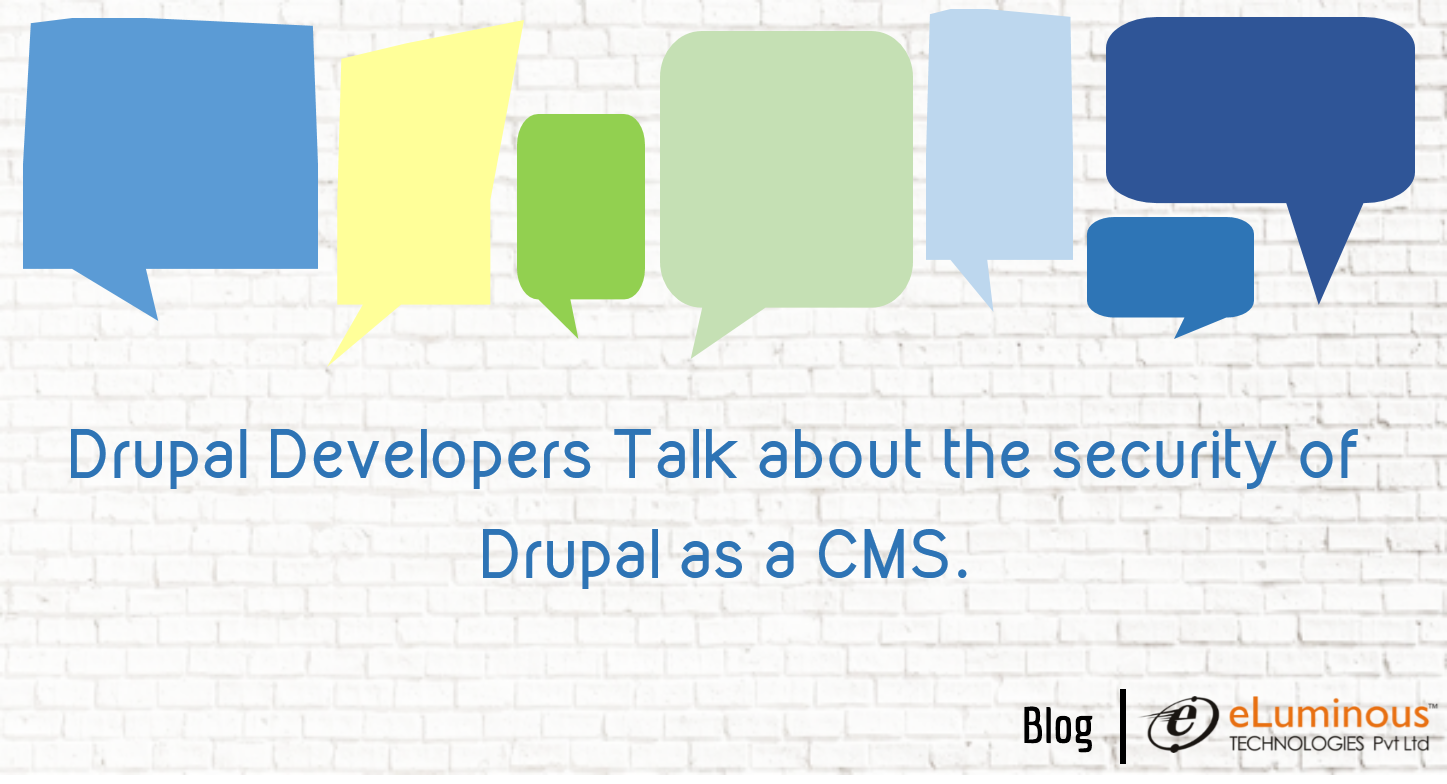 Our Drupal Developers’recommends that the Drupal’s API are more secured when used in their default modes. Various concerns such as Injection, Cross Site Scripting, Session Management, Cross Site Request Forgeries, and many similar ones has the standard set of solutions in the Drupal API. One of the important factors of drupal is that it doesn’t have an inducement to hide any of the security vulnerabilities. Till the date, drupal had over 28,000+ contributed projects which are well-examined by their users to seek whether it has any potential minor glitches. All the security advisories involved in the process firstly discovers the root of the problems and deploys potential measures to solve them permanently. The experts say that you will find it extremely rare when a particular security concern is exploited before it is fixed by these security advisories. Therefore, the developers always recommend you to keep your respective versions updated so that you can get rid of the security vulnerabilities (if any). The security authorities notify which version or drupal core is to be updated, following them you can update it.

If we talk about the security issues on the live websites, the Drupal Developers have found that a majority of security holes are formed because of the custom codes that are written by the developers of that website or a custom theme that is demanded by the site owners. Now, in this case, even if you update your version to the latest ones, there is a less possibility that your concerns will be observed and taken care by the security advisories. Those codes do not get the same public analysis as the other websites that belong to drupal.org. Apart from this, there is one more reason which can harm your website. Many experienced Drupal Developers have been repeating this all over that problems at the server side i.e., using the insecure web protocols like FTP can more likely cause an attack on the website. So make sure you handle it very carefully and the developer uses it smartly.

There are over thousands of Drupal Developers all over the world who depend on the notifications from the advisories from drupal.org for any changes or guides. So, deploying a security measure is something much more than simply posting a security patch on the CMS. It’s basically their duty to notify those thousands of people who are using it for their websites. Usually, the security team co-ordinates with these security announcements in the launching period and decides whether the acknowledged security issues are ready for the release or not. This whole process is quite big. Firstly the issues are noticed, analyzed and reviewed by the authorities, then the newer versions are created eradicating the concerns, then it is posted on the main website and only then the developers use it for their websites.

If you need any more information about securing drupal or want to get any projects developed in it, contact eLuminous technologies who has a widely experienced Drupal Developers for hire. They are qualified, innovative and creatively intelligent when it comes to the development of an attractive, technical and secured website.